Symphony N 2
The monumental Second Symphony, which was created during the Great Patriotic War, is a bright example of a piece of music in the heroic and patriotic genre. Among the orchestral instruments there is a bell, due to which the symphony is mentioned in the musicological sources as the “Symphony with a bell”.  Composed and performed in the midst of military actions in 1943, the symphony instilled confidence and hopes in peoples’ hearts. The score of the symphony was published in the first post-war year (1946) by the publishing house “Muzgiz 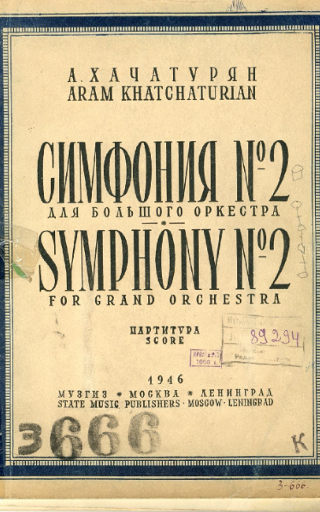 Critical Articles
Alexander Serov, one of the founders of the Russian musical science, was also an outstanding composer.  He created operas which played a significant role in development of Russian music and theatre.
The book was published in 1892 in the print house of Department of Royal Family Property in Saint-Petersburg. The book has historical and cultural value. 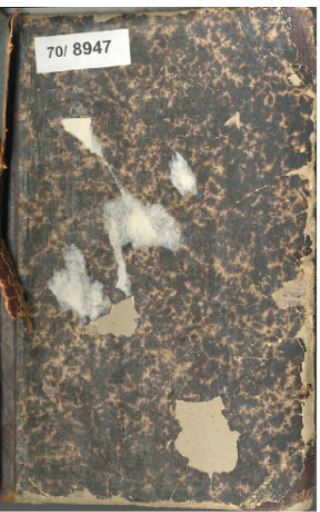 PEASANTS’ SONGS
A hand-written book in an expensive binding embroidered with natural silk. This collection of songs was rewritten by the song collector Vasily Orlov himself on 29 July 1892 in Saint-Petersburg. The book, which content has not lost its value until nowadays, is really unique. Small part of the songs from this collection was published by E. Palchikov in 1890. 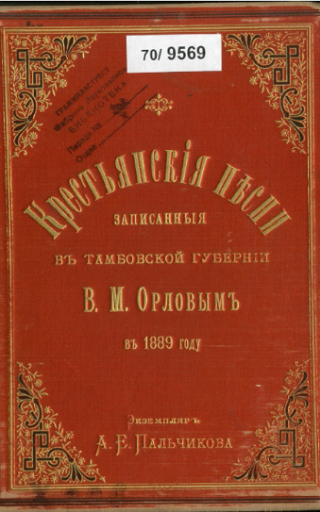 PEASANTS’ SONGS
written down in Tambov district by Vasily Orlov, a book (1892).

BLIZZARD
The opera “Blizzard” was composed by Alexander Taneyev - the first cousin once-removed of the outstanding Russian composer Sergei Taneyev. The present clavier of the opera was published by Petr  Urgenson in the same year (1916). 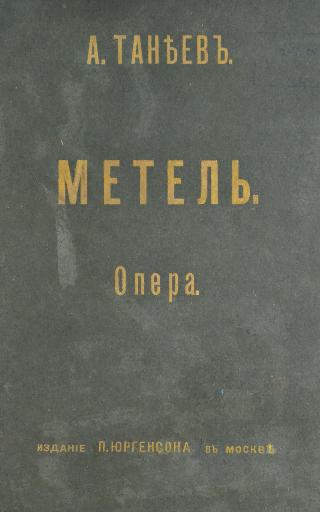 The Miserly Knight
This wonderful opera is rarely staged. Moreover, its fragments are seldom performed in concerts. It was composed in 1904, and the premiere took place at the Bolshoi Theatre on 11 January 1906.
The opera was published by the company A. Gutheil at the beginning of the last century. It was one of the first editions of this work. 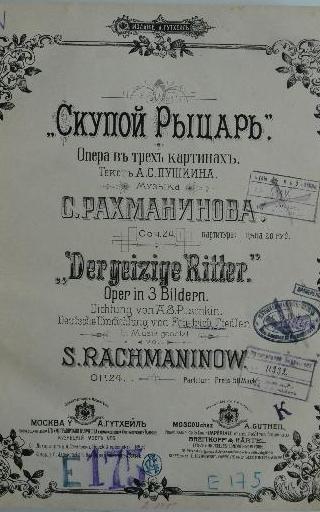