The Valkyrie
“The Valkyrie” is the second opera from the tetralogy “The Nibelung’s Ring”. In Russia it was staged in 1898 in Saint-Petersburg.
The score of the opera was published by P. Jurgenson in 1896. The book is of historical and cultural value. 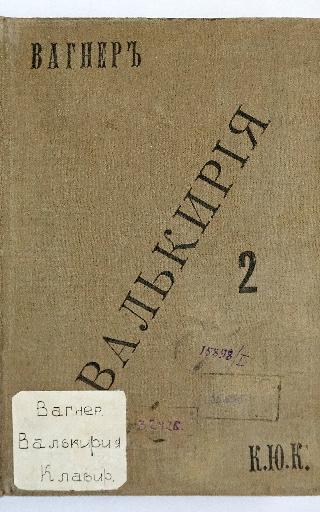 The Steel Step
a one-act ballet by Sergei Prokofiev, showing the new Soviet society in the pathetic spirit of the plant. The premiere took place in 1925 in Paris. 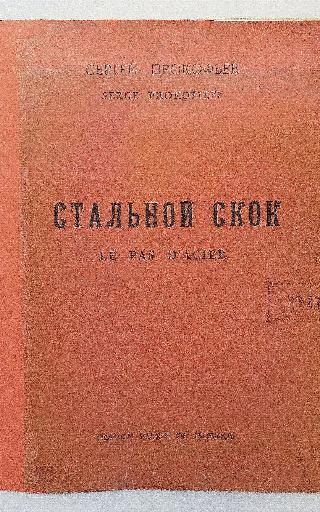 The Steel Step
The ballet is devoted to S. P. Diaghilev who staged it.

Concert for the Piano and Orchestra N 1 (f-moll)
The score of the concert is the composer’s lifetime edition. Publisher M. P. Beliaev, 1912. 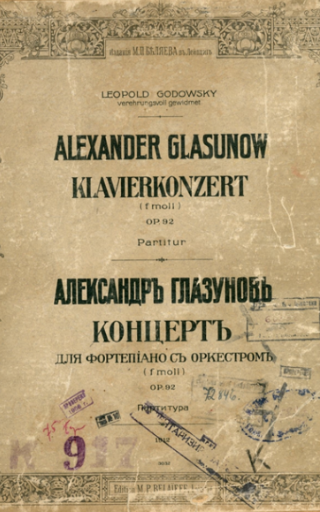 Basics of Practical Music, Published by F. Drobish for Public Educational Institutions
Fedor Drobish was a conductor and pedagogue. Bandmaster of A. G. Teplov’s serf orchestra  in Petersburg. Later lived and taught in Moscow 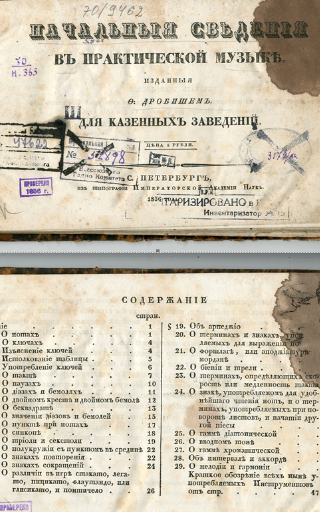 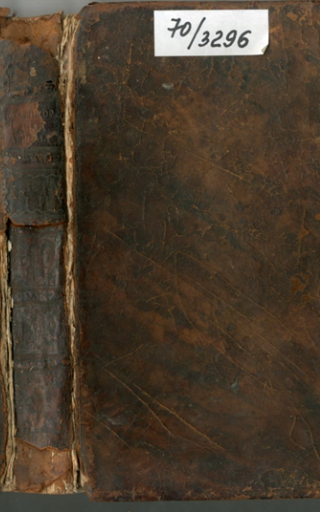