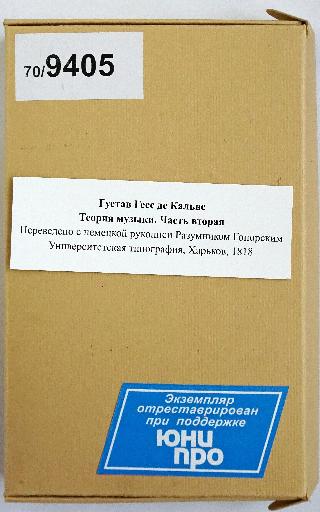 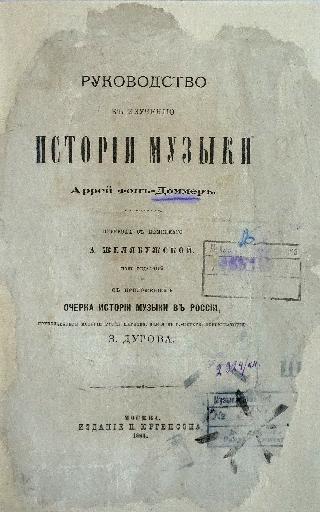 Guide to the Study of History of Music
P. Jurgenson’s publication of 1884

Procession of Princes from the opera-ballet “Mlada”
The score was published by M.P. Beliaev in the 1880s. It is the lifetime edition of the composer. There are only several works of this synthetic genre in the world music. 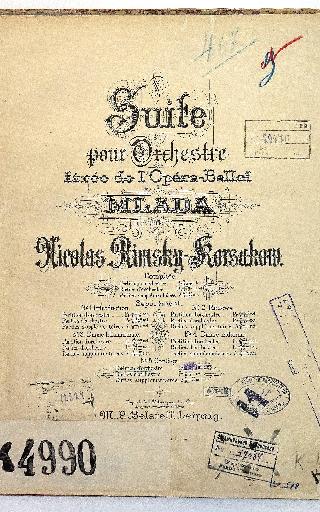 Procession of Princes from the opera-ballet “Mlada”
The score was published by M.P. Beliaev in the 1880s

“Servilia”
“Servilia” is a rarely performed opera. The premiere took place at the Mariinsky Theatre on 1 October 1902 and was conducted by F. Blumenfeld.
The score of the opera is a unique edition by V. Bessel , 1901 -1902. It is a lifetime edition of the composer and has unique historical/cultural value. Under special protection of the state. 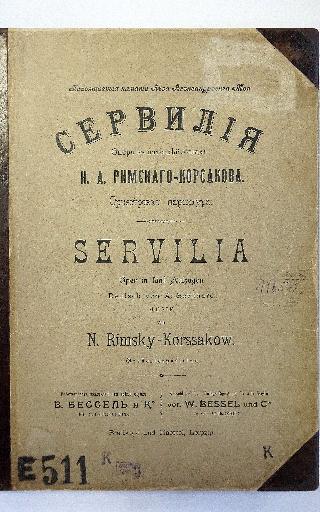 “Jeux” (“Games)
“Jeux” is a one-act ballet. It was ordered to Debussy by Diaghilev. Libretto by V. Nijinsky,  first performed at the theatre in Champs Elysees in Paris in 1913. Some features of this ballet were later attributed to neoclassicism.
The score of the ballet is a lifetime edition of the composer (1913), it is of historical and cultural value. 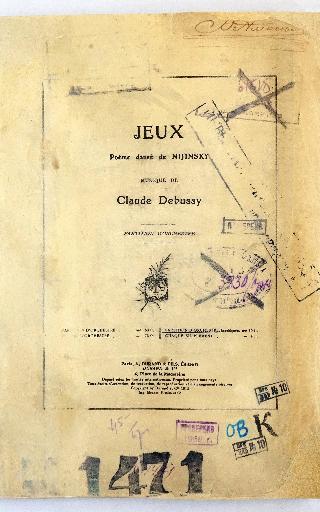