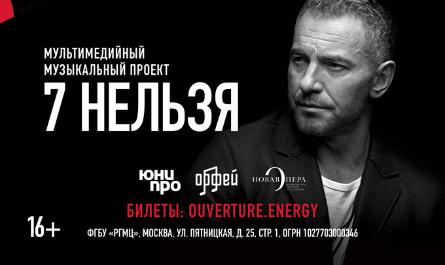 7 feelings, 7 events, 7 personal shocks, 7 stories of human vices revealed from the most unexpected side. The hero of the play will go with the audience on a journey along the river of life and tell 7 stories related to the vices of famous people on the planet. Viewers will discover amazing secrets… 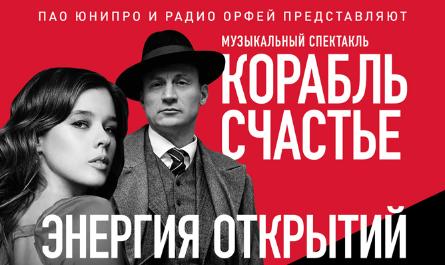 This year, the organizers of the 'ENERGY OF DISCOVERIES' festival decided to pay close
attention to the works of Leonid Polovinkin. A major Russian composer, one of the leaders of
the Russian musical avant-garde, Leonid Polovinkin was very popular in the second half of the
20s-early 30s of the last century. His music was widely known in our country and abroad.
However, the fate of the composer and his legacy was tragic. 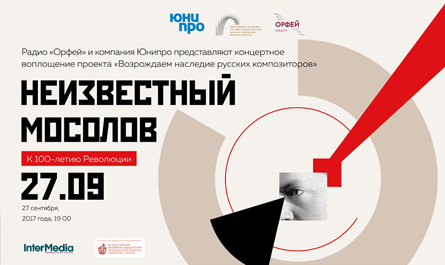 Radio station “Orpheus” and PJSC “Unipro” are presenting the next stage of the multi-media project “Russian Composers’ Heritage Revival. Unknown Mossolov.” It is not a secret that today  musical heritage of a lot of Russian composers is unfairly forgotten. Moreover,  part of it is irrevocably lost. The tasks of the project are to make that lost music sound again, to show how rich and varied indeed  is Russian musical heritage, to restore historical justice and to incorporate the musical pieces which have never been performed into the modern cultural context. 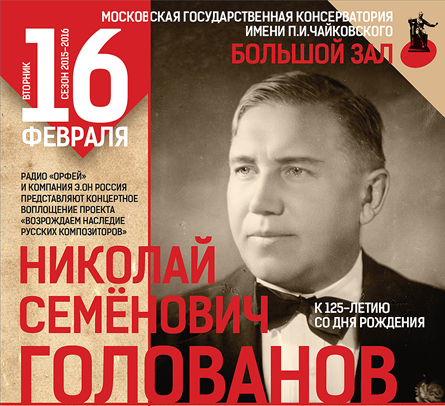 Since 2014 radio station “Orpheus” and PJSC “Unipro” have been jointly implementing the multimedia project “Russian Composers’ Heritage Revival”. The project is aimed at restoration of the scores and making records of some Russian composers’ works  which have been undeservedly forgotten. 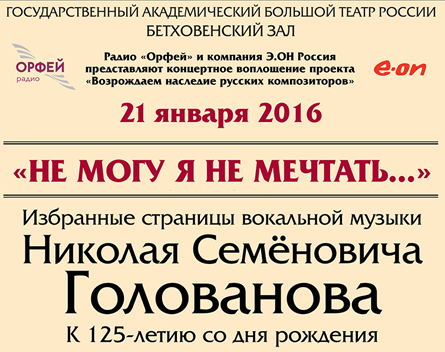 Radio station “Orpheus” jointly with PJSC “Unipro” keeps working on the multimedia project “Russian Composers’ Heritage Revival”. Our today’s concert is aimed at discovering new aspects of the creative heritage of the great conductor Nikolai Golovanov by opening to our listeners the unknown pages of his composing activity in the genres of romance and song.

The fact that this multimedia project appeared at radio “Orpheus” is quite justified, and not only because “Orpheus” is the only classical music radio station in Russia. “Orpheus” has a unique score library which it inherited from “Gosteleradio” of the USSR.  There are legends about the riches of this library - some musicians even compare it with the library which belonged to Ivan the Terrible. The staff of “Orpheus” day-dreamt about systematic restoration of the score rarities, as well as performing and recording forgotten and unknown musical pieces.