The Seasons
The score of the ballet was published by M. P. Beliaev in 1901. This is a lifetime edition. The one-act ballet “The Seasons” (“Les Saisons” in French) to Glazunov’s music was created by choreographer Marius Petipa. The premiere of the ballet took place in Petersburg at the Hermitage theatre on 7 (20) February 1900. Since then the ballet has been staged at a great number of theaters. Among the famous  directors who staged “The Seasons” were M. Mordkin, M. Fokin and A. Gorsky. Different orchestras often play the music of the ballet without dancing performance. 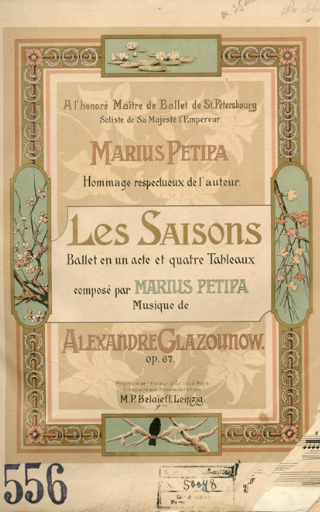 Musical Grammar or Theory of Musical Rules In Questions and Answers
This musical alphabet of the first half of the nineteenth century, translated and published in Russia by D. Dmitrievsky, was written by Director of Milan Riyal Conservatory and composer B. Azioli (1826). Containing a large volume of theoretical information, the  book is  logically structured. The wordings used by the author are exact and succinct. The translated version of Azioli’s “Musical Grammar” is probably the best edition of that kind. 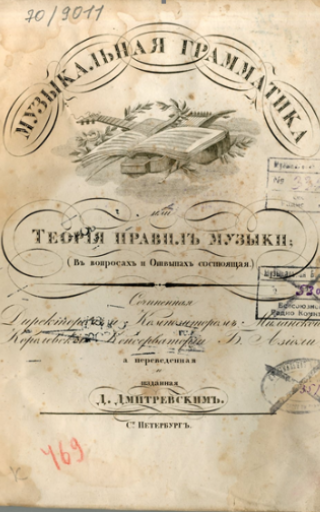 Musical Grammar or Theory of Musical Rules In Questions and Answers
Written by B. Azioli, Director of Milan Royal Conservatory and composer; translated and published by D. Dmitrievsky. 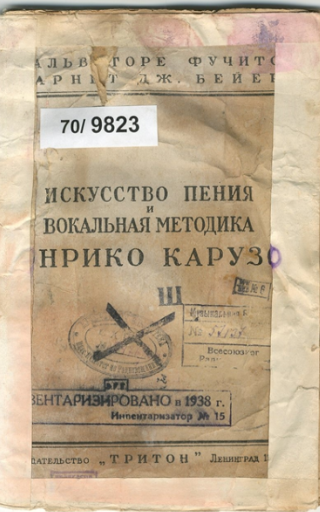 Art of Singing and Vocal Methods of Enrico Caruso
book (1935)

«Symphony N 3» («Divine Poem»)
The Third Symphony,  which was entitled “Divine Poem”, marks the highest point in the composer’s creative career. It was first published in 1905 by Mitrofan Beliaev.  This score, in which all the misprints noticed in the Beliaev’s edition were corrected and the author’s amendments were accounted, was published by “Muzgiz” in 1949. 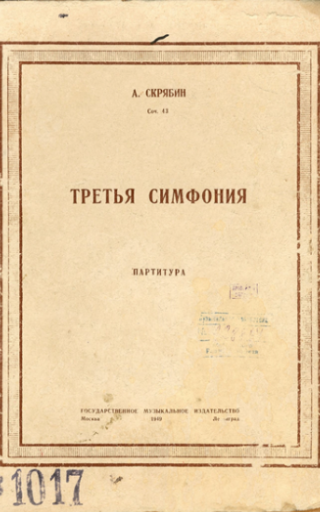 The Russian Musical Newspaper
A monthly illustrated edition devoted to music. It was published in Saint-Petersburg in 1894-1918. The newspaper covered the issues connected with Russian music and supported development of Russian realistic art. It was published and edited by the musical writer Nikolai Findeizen. “The Russian Musical Newspaper” played an important role in development of Russian musical culture and musical journalism. It is a valuable source of factual information on Russian musical historiography and musical life. 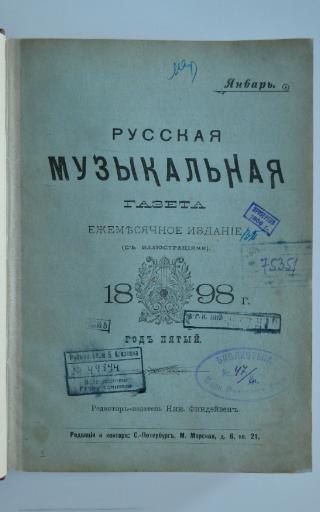